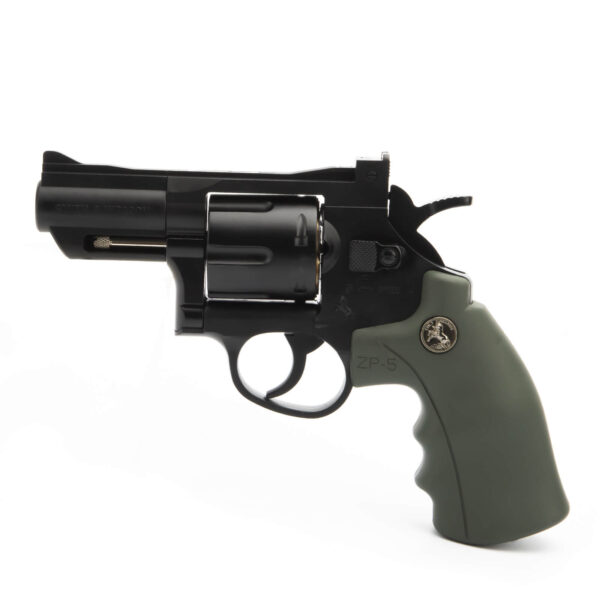 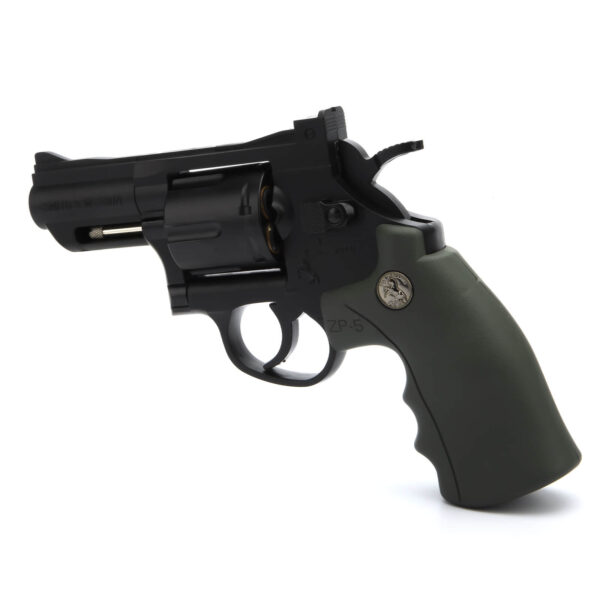 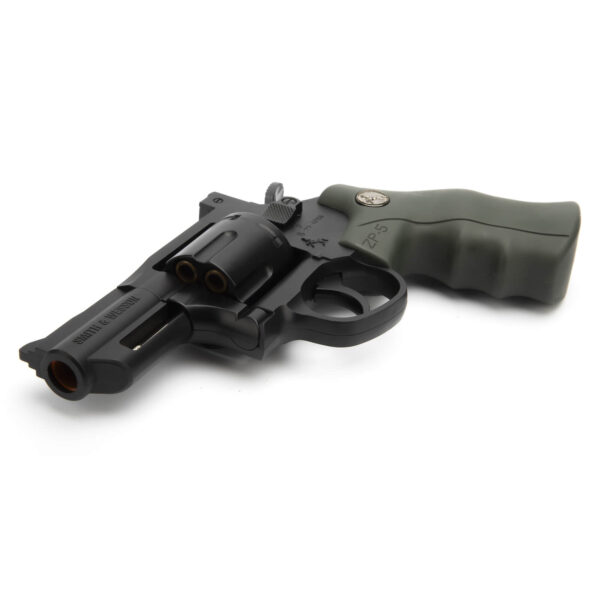 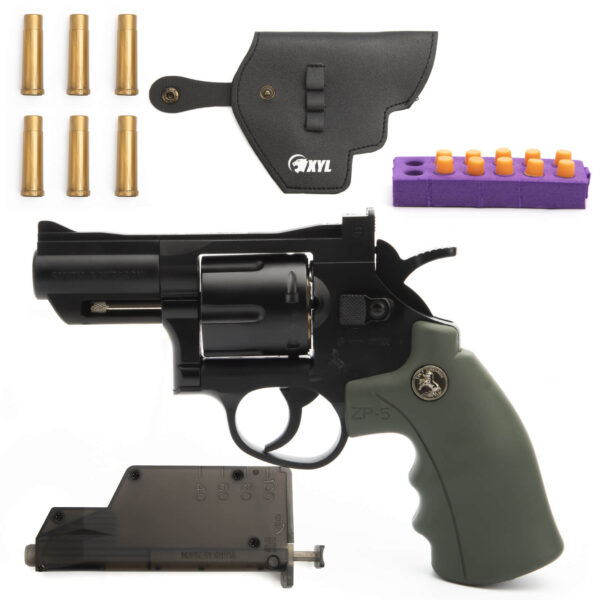 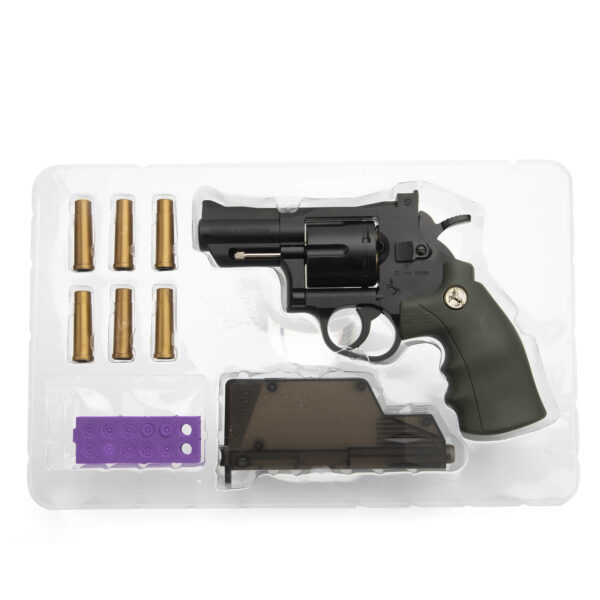 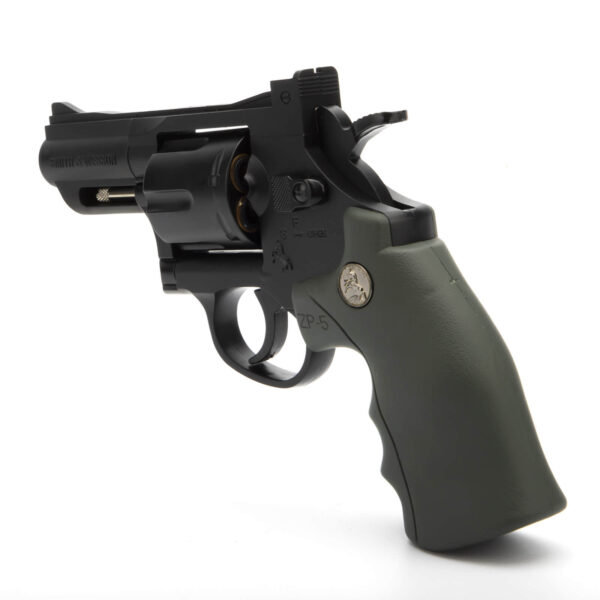 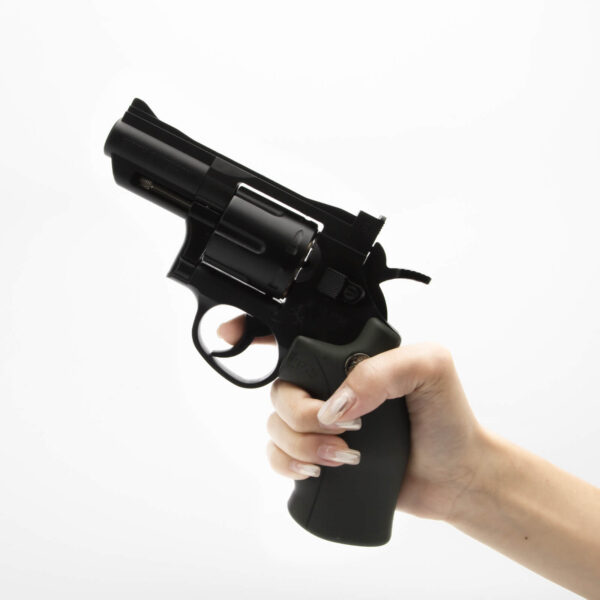 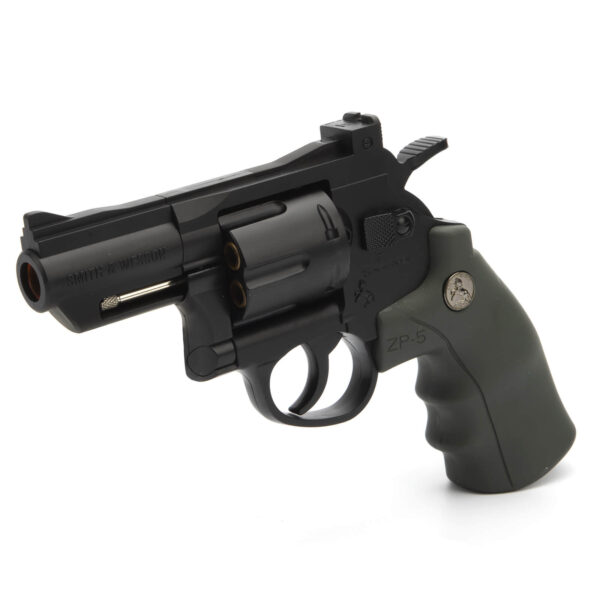 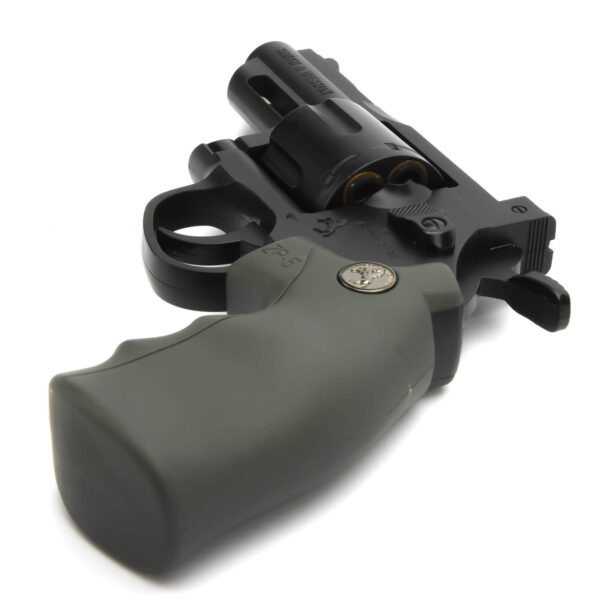 This ZP5 soft bullet toy gun’s design is inspired by Revolver. Its detail workmanship is excellent, the shape and handling have been restored realistically, and its cylinder bomb nest is made of metal, you can feel the quality and texture when you hold this soft bullet revolver. after unlocking its cylinder lock, you can use the force to manually throw the shell to the left, then push the ejection rod to push out all the ammo shells, a sleek coherence completed.

Each shot requires you to manually flip the hammer, the cylinder will follow the turning wheel linkage after every single shoot, then flip the trigger to hit the soft glue or orbeez ball.

2. Rotating bullet wheel: The honeycomb-shaped bullet magazine is used for bullets, 6 soft bullets can be loaded at a time, and the revolver will automatically rotate when launching.

3. Runner magazine: Open the runner and load the magazine according to the position.

5. One-click ejection of bullets: Press the ejection lever firmly, the shell will automatically pop out, which is more fun.