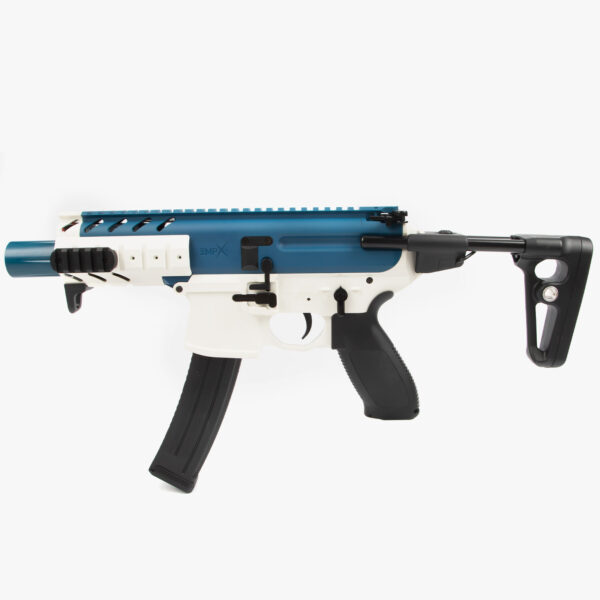 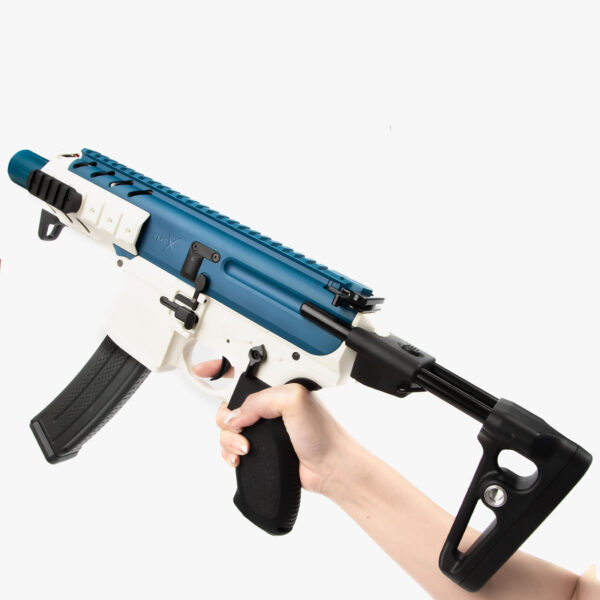 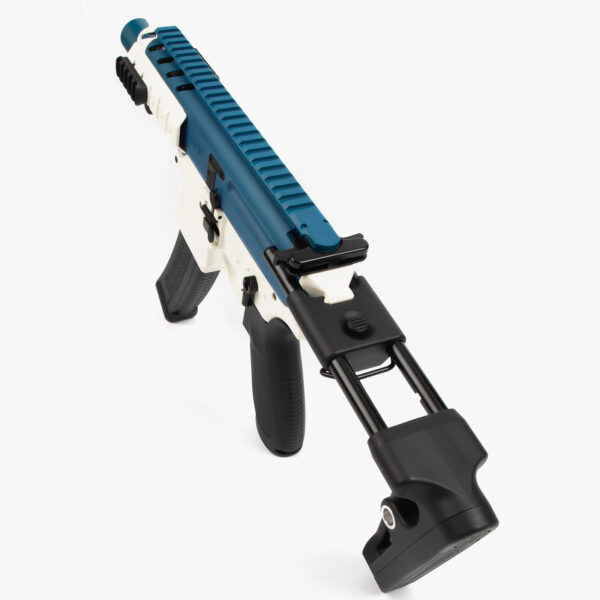 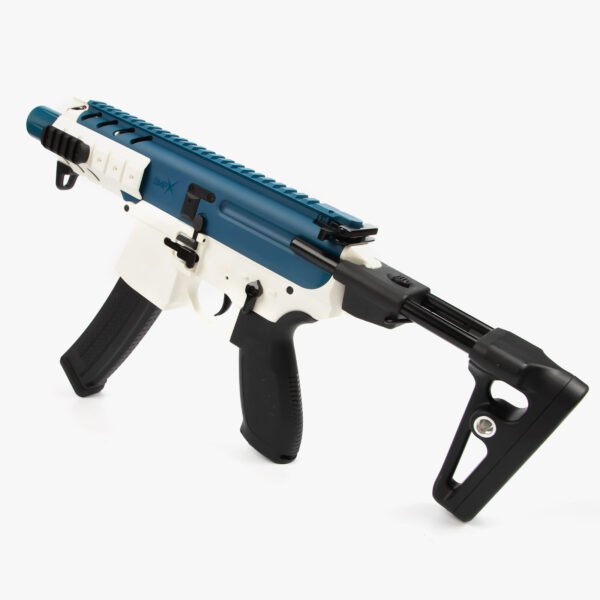 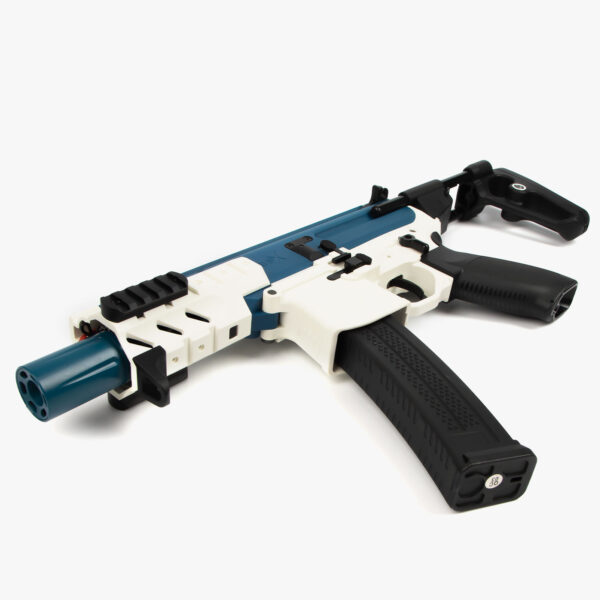 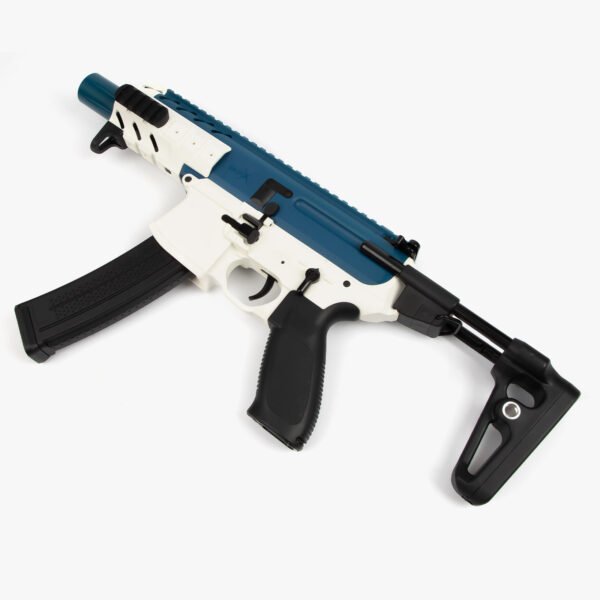 This SIG MPX is intended for experienced gel blaster players. If you are a fan of the SIG submachine series, you will be familiar with this MPX. It changes the gun body to a blue and white main color design that is more in line with the relaxed orbeez shooting game atmosphere. The gun’s body is made of metal and solid nylon, with a design range of up to 82-112 ft and a muzzle velocity of 240-260 fps.

This MPX blaster has a very sturdy body, as the gun body and shell are made of solid nylon, with a metal barrel and switch, and with the addition of a three-position telescoping PDW stock, which makes this orby blaster is very restored in texture and overall structure. Also, its complete performance is impressive, with an ambidextrous charging handle and ambidextrous controls that include a closing selector and mag release; both the handguard and the stock are equipped with QD sling mounts.

The SIG MPX gel blaster has two shooting modes of Semi/Full-Auto, plus enough ammo capacity to give you a professional shooting competition experience.

Virtual power is included with all rechargeable batteries, they must be charged prior to use. The initial charging time is 3 hours, and subsequent charging times are 2-3 hours. To ensure safety, do not charge for an extended period of time without monitoring.

If you feel the battery power is insufficient while using it, stop using it immediately and replace it with a fully charged battery to extend the battery life. If the battery is overcharged, it will be damaged and will not be able to be used continuously.

Pay close attention once more: the battery charging should be done in an open area with no flammable materials nearby or easy access for children.

It should be noted that the water bead soaks for more than 3 hours. To diffuse the water bomb, soak it completely; when loading the magazine, try to keep the water as dry as possible. The magazine contains a motor, and prolonged soaking may cause the click to rust.

There are no reviews yet.